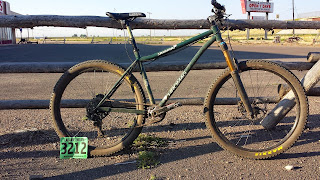 Laramie range enduro...70 miles is so enduro. Samurai !
Sent from my Verizon Wireless 4G LTE smartphone
Posted by Chaybo at 3:36 AM No comments: 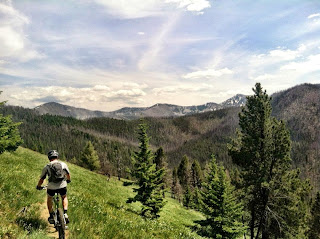 Chaybo, in the heart of the west fork.
Sent from my Verizon Wireless 4G LTE smartphone
Posted by Chaybo at 3:32 AM No comments: 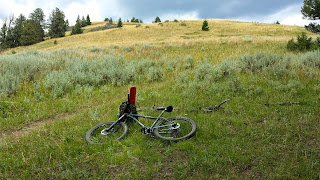 Sent from my Verizon Wireless 4G LTE smartphone
Posted by Chaybo at 3:27 AM No comments: 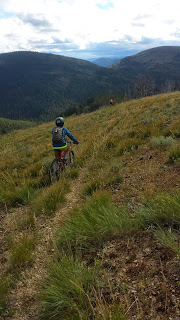 Sent from my Verizon Wireless 4G LTE smartphone
Posted by Chaybo at 3:24 AM No comments: 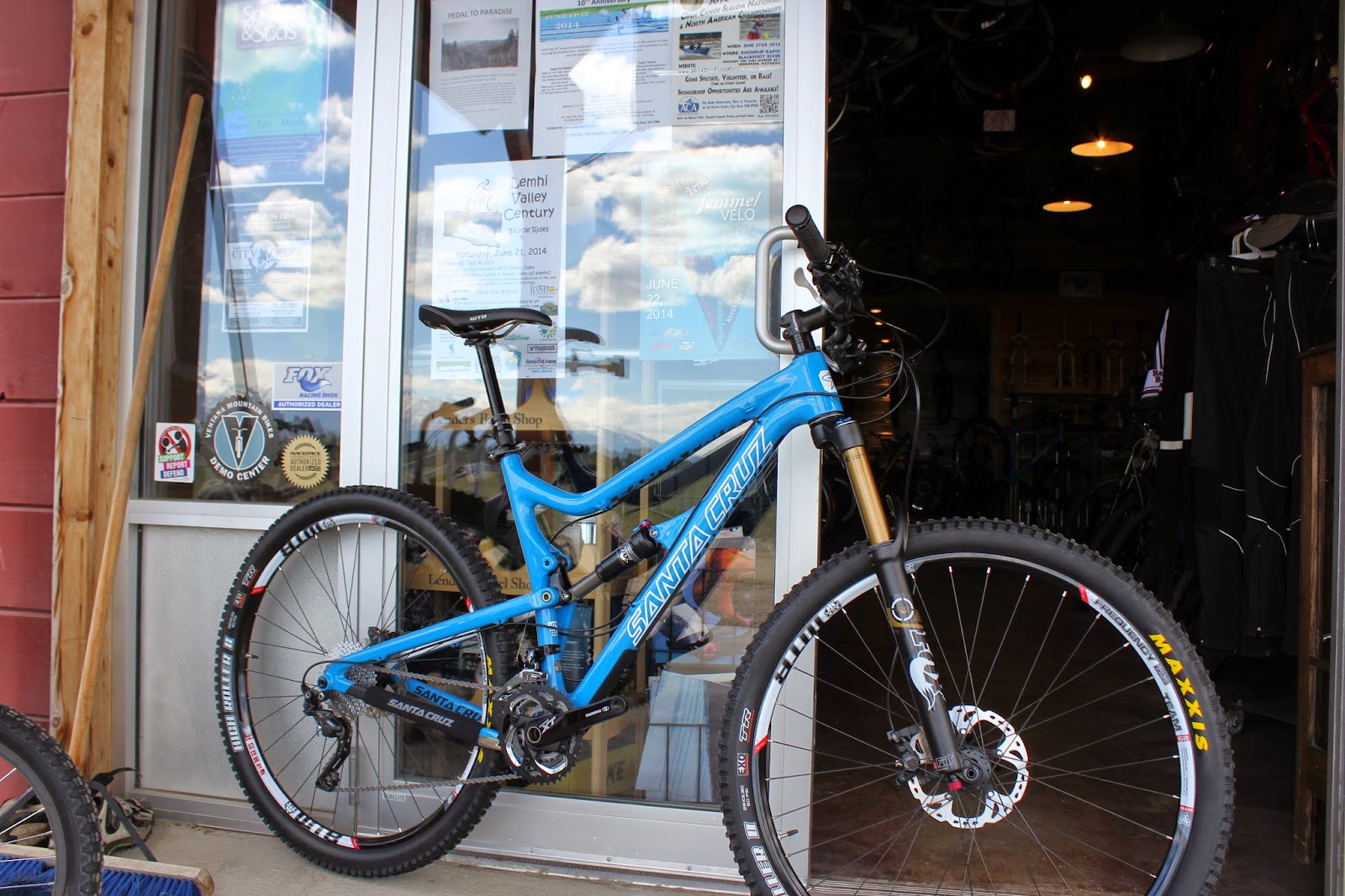 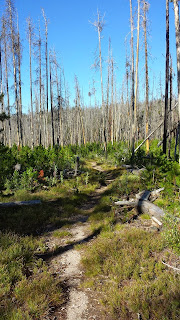 Posted by Chaybo at 7:41 PM No comments: 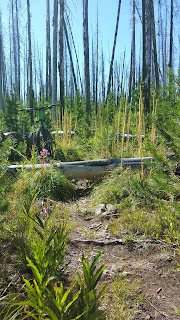 Posted by Chaybo at 7:40 PM No comments: 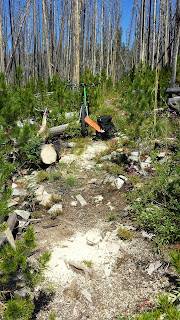 Chief Joseph to Schultz saddle...riding fantastic. Go get some.

Posted by Chaybo at 7:40 PM No comments: 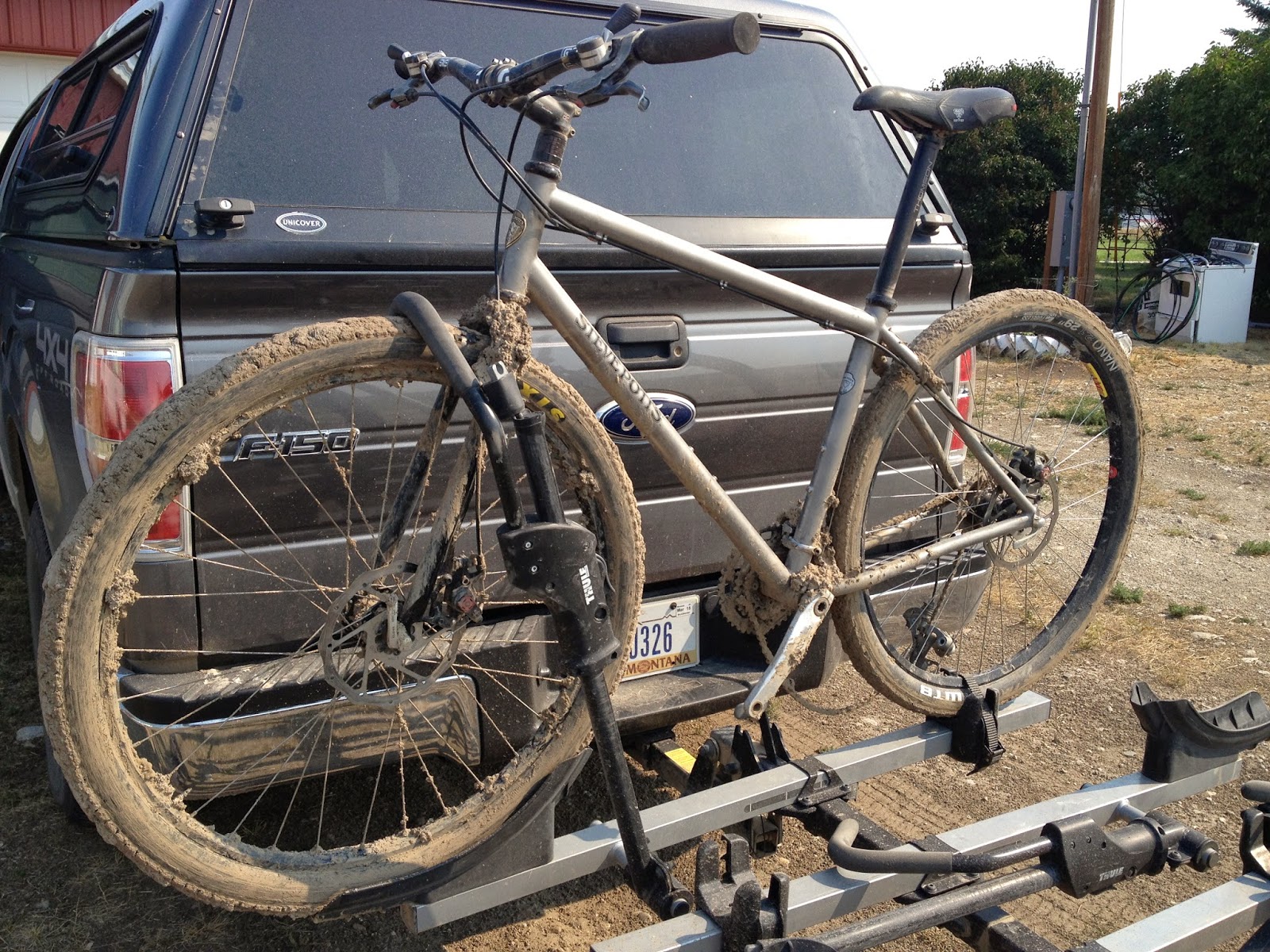 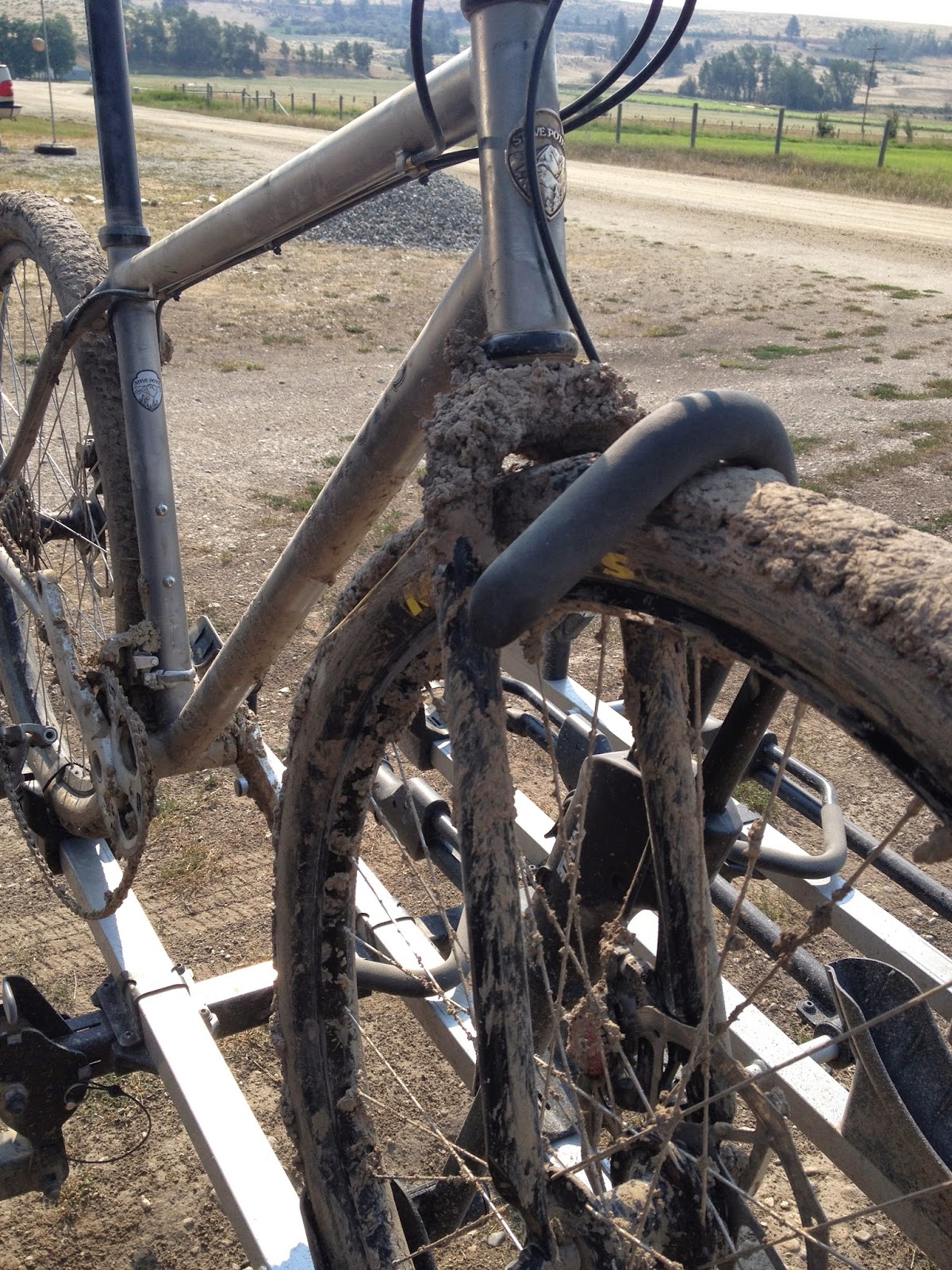 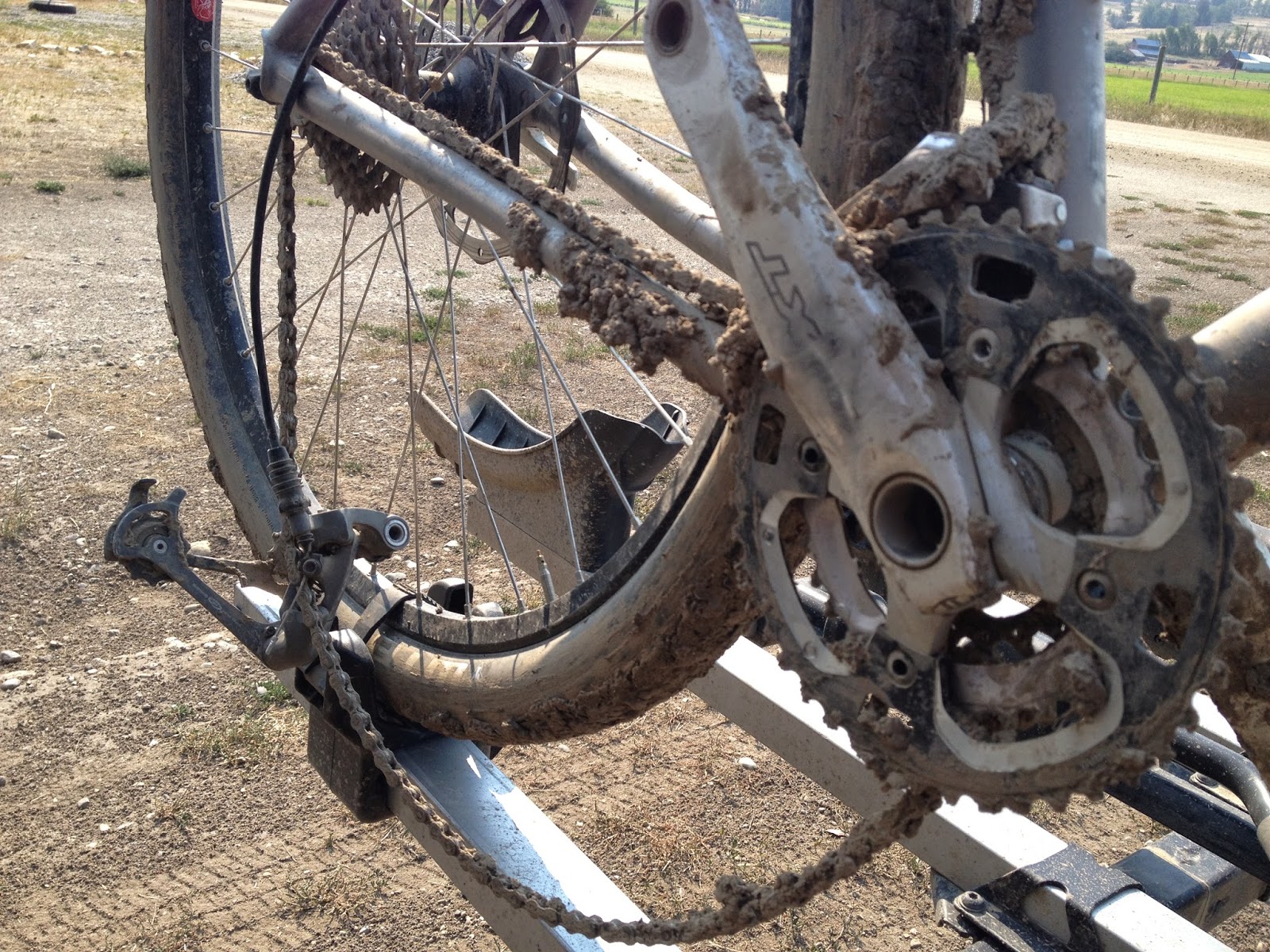 fortunately for me, my wife and kids were still in Victor Idaho hanging out with the Fitzgeralds and with their kind generous offering of a spare bike to finish the ride my wife ended up delivering a bike instead of picking my ass up for a ride home. Saved ! Again. Back on two wheels, riding late into the night and finding myself thankful of so many things. All the while pushing from my head this mess of a roadway. Mud hole dodging. Don't break the spare bike too. Gumbo, clay composite i haven't seen since my days in Nebraska.

I rode until i was tired, took 12 steps to the side of the road and threw out my air matress and down quilt. 161 miles on the first day. Up before dawn and a slow 25 mile slog into Lima.....  Breakfast....scrambled eggs, hash browns, toast, bacon, two cups of joe, and a big glass of O.J. with my good pals Aaron G. and Jay Petervary who was also in a mechanical situation with broken der hanger, he pushed singlespeed across the muck for miles. Hard man that Petervary.

In and out...resupply with Li-ion AAA batteries for my headlamp, some water and a sugary sports drink. A bike wash across the street, some lube on the chain and down the road headed for Old Medicine Lodge Rd. , i love this 65 mile stretch of remote-ness.

Grant, and then into Jackson before nightfall. 153 miles

Interesting happenings....begin in Jackson. Actually, on the 35 mile run into Jackson i had one of the largest debates with myself....to get a room, hot shower and warm bed OR dine and dash and camp some place with solitude in the woods just north-west of Jackson. Eventually the soft side of chaybo won out and i had made my mind up i was going to live it up a little. So i put the bike in the big chainring and hammered out the last 15 miles over some of the nastiest chunkier filled roads the route exhibits. Small Finger numbing type vibrations.

Excited for the hot meal and to hand the nice gal at the counter my credit card for the room. Going well until she gave me the "i'm sorry sir" routine "rooms have been booked for over a week"  UUgghh " but you can camp out back for $30"  Huh !  And like that the switch was flipped and it was time to dine and dash. I was tired and ready to get horizontal. At the bar was the entire gang...Todd and Ryan got there first, Aaron G just 45 minted in front of me and just as i was about to devour a plate of noodles in comes Hard Man J.P. It's a party ! Seem like Aaron was about 2 steps in front of me....lesson learned. Next time just follow Aaron's moves.....when i first got to Jackson he was already rallying to camp up the road. Seems like he may have already had the same mental discussion that i had with myself. So, we decided to ride up the road a bit to find a decent spot to camp. Todd finds out that we're gonna ride some more and a huge grin comes across his face...."awesome, i'll go too" he says. And Jay says " hold on a sec., i'll roll out of town with you guys". So here we are at 10:30pm riding into the darkness and we're just strolling down the road....so much friggin fun. Glad things worked out like they did back in Jackson. 15 miles later aaron and i decided to part ways with the two energizer bunnies and they pedaled on throughout the night.

I threw out the air pad and quilt again and before i shut my eyes i made a quick calculation of what time i needed to start pedaling to be home before dinner, before dark. A 3am start. Ugghh, okay, no problem. I awoke to a rustle in the trees and a snap of a broken tree branch. I grab my light and point it in the direction. Something large-ish, something brown. Crap....bear. Blink eyes a couple of time to regain focus. Aahh, brown cow. Darn cow. Lay down and look at my watch....3am. Thanks mr. cow for the wake up call. I rustle my things and try to make a little bit of noise so Aaron can hear....it works and he says "are we rolling out?"  Heck yeah buddy, let's do this. So, two big climbs and the second one up Paint Creek to the Sapphire Divide kicked my rear. But once on top and the views pop up of the Bitterroot Mountains and knowing i was near the end of a big ride that really didn't feel that big but the accomplishment of pushing myself to new limits pulled out a very satisfying grin. It's something else to pedal for an entire day, to cover the amount of terrain that is physically allowable. To make it from Victor ID to Hamilton in 2 1/2 days (182 miles per day)...i was stoked that i could physically do that. Here's to making Fitz-Barn into what ever type of journey you want. 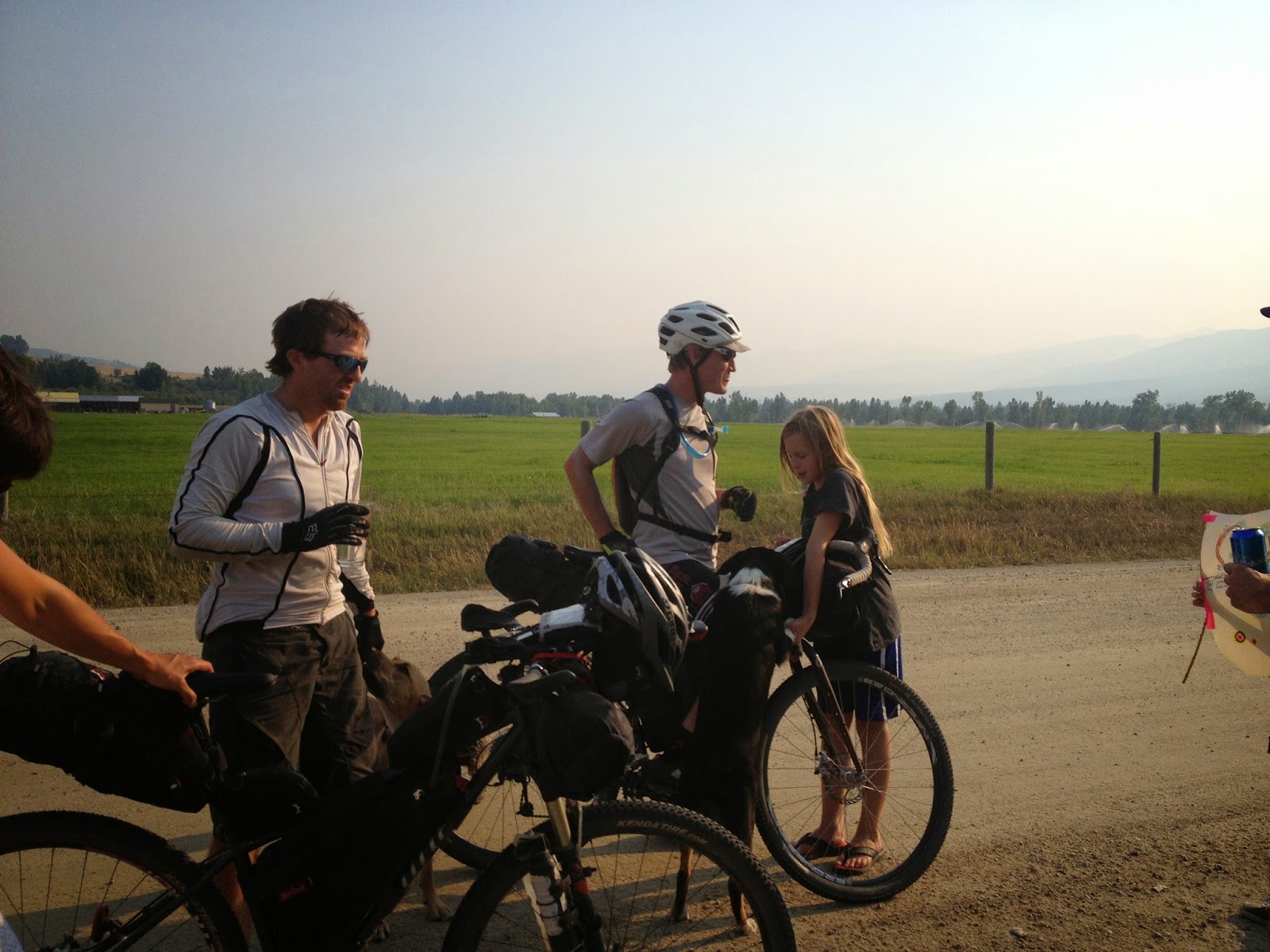 Aaron G and myself. Greeted by my daughter a cookie and pooch. 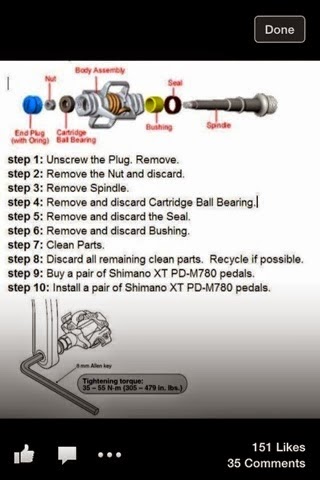 Posted by Chaybo at 6:09 AM No comments: 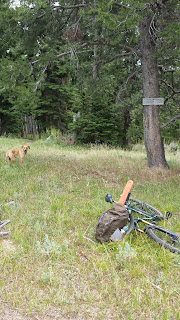 Sent from my Verizon Wireless 4G LTE smartphone
Posted by Chaybo at 6:59 PM No comments: 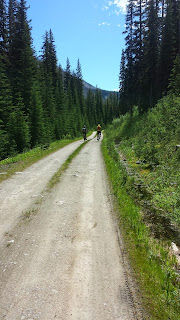 Sent from my Verizon Wireless 4G LTE smartphone
Posted by Chaybo at 3:54 PM No comments: